The Menace of Fiscal QE (Paperback) 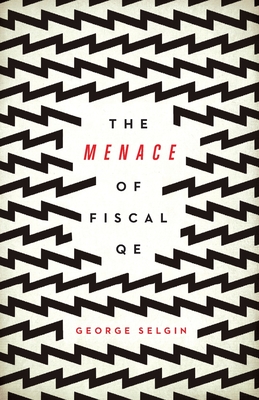 The Menace of Fiscal QE (Paperback)

As the Federal Reserve struggles to fulfill its mandate in a world of low and falling interest rates, it faces yet another challenge: that of resisting a new threat to its hard-won independence.

Thanks to crisis-era changes to its operating procedures, the Fed now enjoys practically unlimited powers of quantitative easing (QE): it can buy as many assets as it likes while still controlling inflation. So far, QE has been a weapon for combating recession. But if certain politicians have their way, the Fed may be forced to use it not for macroeconomic purposes but to finance backdoor spending. That's The Menace of Fiscal QE.

In his brief but systematic study, George Selgin reviews the movement favoring fiscal QE, shows how it threatens both the Fed's independence and democratic control of government spending, and counters claims that it offers a low-cost means for financing such spending. Finally, he suggests a way to guard against fiscal QE without limiting the Fed's ability to counter slumps.