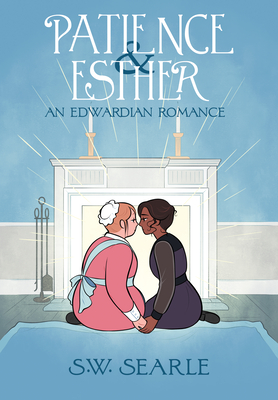 An engrossing and delightful read.- NEWSARAMA

Patience is a kindhearted country girl, eking out a living in Edwardian England as tremors of social change rock the world around her. When she starts her employment in formal service on the grounds of an opulent country manor, she has no idea that her own personal revolution is about to begin.

Selfless, dutiful, and just a touch naive, she takes to both her place as a parlor maid and to her new roommate, the bookish and progressive lady's maid, Esther. In another time, the two women would have kept one another's company forever in their little attic bedroom, living out their days in the employ of a Lord. But it's now the dawn of a new age. The expanding empire has brought with it not only plundered wealth, but worldliness and new ideas. Suffragists agitate in the street, idle-rich bohemians challenge sexual mores, and Patience and Esther slowly come to realize the world is wider and full of more adventure and opportunity than they ever imagined . . . so long as they find the will to seize it.

Cartoonist SW Searle originally hails from spooky New England but currently lives in sunny Perth, Australia. She's best known for vulnerable memoir and compassionate fiction for a wide range of audiences. Her adult-focused work can be found in the 2014 Smut Peddler anthology from Iron Circus, the Filthy Figments website, and L'Immanquable magazine. Her short comic for The Nib, The Price of Acceptance, was short-listed for Slate's 2018 Cartoonist Studio Prize.