The Ego and The Id (Clydesdale Classics) (Paperback) 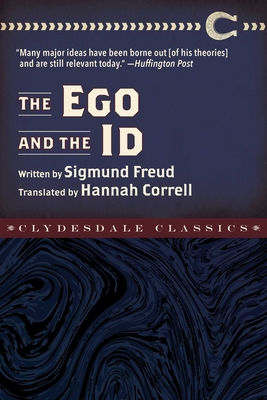 The Ego and The Id (Clydesdale Classics) (Paperback)


Not On Our Shelves—Ships in 1-5 Days
“Freud ‘is destined to remain among us as the most influential of 20th-century sages’”—New York Times
One of famed psychoanalyst Sigmund Freud’s most prominent ideas was that of the id, the ego, and the super-ego—the three main factors behind the workings of the human mind. Freud claimed these components of the human psyche controlled all processes of personality, behaviors, and traits in a person.

The Id was a person’s most basic and impulsive instincts—the ones that feed into our deepest desires and physical needs. The Super-Ego was the opposite of the id. This component controlled our highest morals and standards, operating through our conscience and making us desire to be our most ideal-selves. The piece in the middle is the Ego. The ego mediates between the id and realities of the world around us, while being supervised (and guilted) by the super-ego.

In this new edition of his book, The Ego and the Id, Sigmund Freud delves deeper into the concepts of the human mind and the results of the conflicts and workings between them.
Sigmund Freud was an Austrian-born neurologist and the founder of the study of psychoanalysis. His studies and writings were influential over the study of the human mind and the curing of its ills. Though his work faced much criticism and is often viewed as flawed, Freud is still incredibly well-known today for his findings and their influence on psychology.