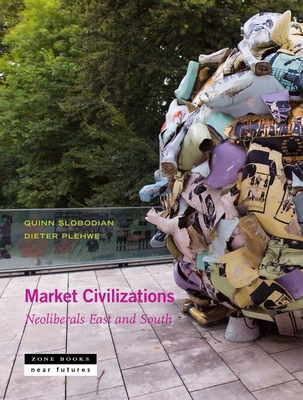 Where does free market ideology come from? Recent work on the neoliberal intellectual movement around the Mont Pelerin Society has allowed for closer study of the relationship between ideas, interests, and institutions. Yet even as this literature brought neoliberalism down to earth, it tended to reproduce a European and American perspective on the world. With the notable exception of Augusto Pinochet's Chile, long seen as a laboratory of neoliberalism, the new literature followed a story of diffusion as ideas migrated outward from the Global South. Even in the most innovative work, the cast of characters remains surprisingly limited, clustering around famous intellectuals like Milton Friedman and Friedrich Hayek. Market Civilizations redresses this absence by introducing a range of characters and voices active in the transnational neoliberal movement from the Global South and Eastern Europe. This includes B. R. Shenoy, an early member of the Mont Pelerin Society from India, who has been canonized in some circles since the Singh reforms; Manuel Ayau, another MPS president and founder of the Marroqu n University, an underappreciated Latin American node in the neoliberal network; Chinese intellectuals who read Hayek and Mises through local circumstances; and many others. Seeing neoliberalism from beyond the industrial core helps us understand what made radical capitalism attractive to diverse populations and how often disruptive policy ideas "went local."