The Bipolar Experience: One fashion model's war against the stigma of mental illness (Paperback) 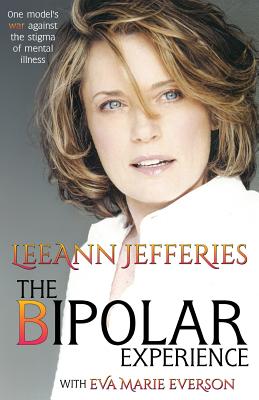 The Bipolar Experience: One fashion model's war against the stigma of mental illness (Paperback)


Special Order—Subject to Availability
Adopted at nine months, married off at seventeen, a mother by nineteen, and diagnosed with the severest form of bipolar disorder at twenty-three. LeeAnn Jefferies believed her dream of being a top model--of traveling the globe for fashion and its industries biggest names--was sealed behind the heavy doors of a fourth floor psychiatric ward. While her husband managed two small children and a full time job at home, LeeAnn underwent the brutality of electroconvulsive therapy, commonly known as shock treatments. And although many of her memories were stripped away, her dream remained. Then one day, a light shone into the darkest places of her life and LeeAnn knew one thing for certain--she would see her dreams fulfilled. Soon thereafter, she ventured into the world of fashion modeling, eventually landing a contract with the world-famous Ford Modeling Agency. But LeeAnn carried a secret. A stigma. Refusing to acknowledge her illness or to take medication, she walked a precarious tightrope that, in time, pitched. Eventually forced to resign, she challenged the stigma with ready fists and, in the process, found a new purpose: to open dialogue and to provide hope for the millions diagnosed with bipolar disorder. To prove, once and for all, that dreams are bigger than BD.
In her decades-long modeling career, LeeAnn Jefferies represented such companies as Bobbi Brown, Avon, Princess Cruise Lines, Marks and Spenser, Modern Bride, and the Home Shopping Network. As an in-demand model for Ford Modeling Agency, she traveled the world and "rubbed elbows" with celebrities. But her greatest career accomplishment has been opening dialogue about Bipolar Disorder and its accompanying diagnoses, providing hope for millions. LeeAnn and her husband Kenneth make their home in North Carolina. They are the parents of two grown children and have been blessed with two grandchildren.