Our Enemy, the State (Paperback) 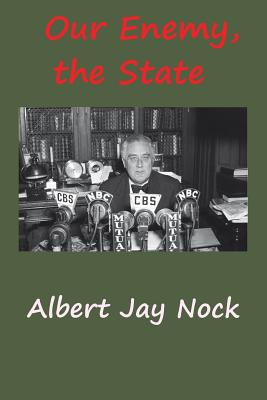 Our Enemy, the State (Paperback)

In his opening paragraphs, Nock states that the expansion of the state comes at the expense of social power, shrinking the role of community. Denying that the two are the same, he points out the historic origin of authoritarian government through conquering warlords and robber barons. This reflects the influence of Franz Oppenheimer on Nock, a key proponent of the conquest theory of the state.

"All the power it has is what society gives it, plus what it confiscates from time to time on one pretext or another; there is no other source from which State power can be drawn. Therefore every assumption of State power, whether by gift or seizure, leaves society with so much less power; there is never, nor can there be, any strengthening of State power without a corresponding and roughly equivalent depletion of social power...The positive testimony of history is that the State invariably had its origin in conquest and confiscation. No primitive State known to history originated in any other manner"
Nock is not attacking government, per se, but "The State", authority that violates society itself, claiming to rule in the people's name but taking power away from the community.