The Maybelline Prince: Founder of DMK Int'l and Ambassador for the Harvey Milk Foundation (Hardcover) 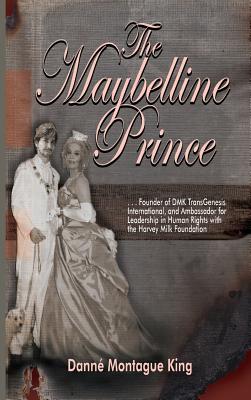 The Maybelline Prince: Founder of DMK Int'l and Ambassador for the Harvey Milk Foundation (Hardcover)

Pioneer...Activist...Legend...The 1970s were known for free love and experimentation of all kinds. No one much cared if you were gay, straight, bisexual or transgender. It was the era of "drugs, sex, and rock 'n' roll". In the midst of all this appeared a woman who had turned the head of Al Capone, married into the famous Maybelline cosmetics company, and possessed enough beauty, magnetism and allure to make men do whatever she wanted. When Evelyn F. Williams and her enigmatic young male companion arrived in Hot Springs, Arkansas, they took over the famous town in a whirlwind of lights, rock 'n' roll, cameras, beautiful people and a grand lifestyle. They created a media frenzy wherever they went--until jealousy and resentment led to stories of orgies, twisted sex, drugs, Mafia hits...and the mystery of the Maybelline Queen's fiery death, which some still call an unsolved murder. This is the uncut version of that high-living time written by the young man who lived it with Evelyn-the man who was supposed to "never be heard from again"-Dann Montague King, aka "The Maybelline Prince"--who went on to found a skin care dynasty of his own. Hobnobbing with decadent bluebloods, movie stars, politicians and social activists, Danne amasses a large and loyal following the world over.