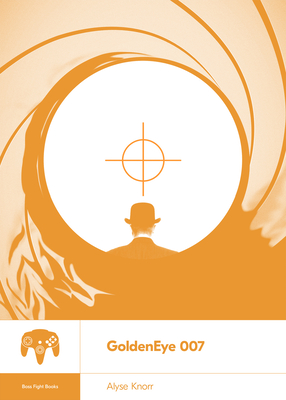 
Not On Our Shelves—Ships in 1-5 Days
Bond--James Bond. In the 80s and 90s, the debonair superspy's games failed to live up to the giddy thrills of his films. That all changed when British studio Rare unleashed GoldenEye 007 in 1997. In basements and college dorms across the world, friends bumped shoulders while shooting, knifing, exploding, and slapping each other's digital faces in the Nintendo 64 game that would redefine the modern first-person shooter genre and become the most badass party game of its generation. But GoldenEye's success was far from a sure thing. For years of development, GoldenEye's team of rookie developers were shooting in the dark with no sense of what the N64 or its controller would be like, and the game's relentless violence horrified higher-ups at squeaky clean Nintendo. As development lagged far behind the debut of the tie-in film GoldenEye, the game nearly came out an entire Bond movie too late. Through extensive interviews with GoldenEye's creators, writer and scholar Alyse Knorr traces the story of how this unlikely licensed game reinvigorated a franchise and a genre. Learn all the stories behind how this iconic title was developed, and why GoldenEye 007 has continued to kick the living daylights out of every other Bond game since.
Alyse Knorr is an associate professor of English at Regis University and the co-editor of Switchback Books. She is the author of the 2016 Boss Fight book, Super Mario Bros. 3, as well as the poetry collections Mega-City Redux, Copper Mother, and Annotated Glass.