The Jackal of Inpu: A Menmenet Alternate History Mystery (Paperback) 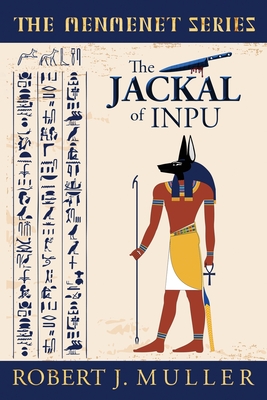 The Jackal of Inpu: A Menmenet Alternate History Mystery (Paperback)

Tomb Raider meets Tales of the City in a murder mystery set in a very different San Francisco colonized by the Egyptian Empire.

Cheryl MacIntyre, an American expatriate, thinks her boss on the Menmenet homicide squad is missing the obvious in the celebrity chef murder-his wife Neferaset did it. After investigating, she's sure, but she's forced off the case. When she continues pressing the wealthy Neferaset, she's ousted from her job with the medjau.

Shesmu za-Akhen, a dynamic young chef on the rise, has betrayed his murdered mentor by sleeping with Neferaset. He knows she didn't murder her husband, but he can't prove it. When the medjau question her, Neferaset ends the affair but won't say why.

Shesmu and MacIntyre both pursue ma'at but strike sparks over Neferaset. The flames ignite an attraction between the two, but the murder and Neferaset get in the way. When MacIntyre discovers Neferaset's secret life at the Temple of Seteh, a banned god, tensions mount, driving MacIntyre and Shesmu even further apart. Tomb robbery, murderous attacks, and ancient treasure force them into worlds that threaten not just their love but their careers, their lives, and even their souls.

The first novel in the Menmenet trilogy of alternate history mysteries, The Jackal of Inpu tells the story of how a lonely American transplant and a dynamic young Remetjy chef find love in an exotic city full of fog, mystery, and romance despite the many obstacles in their path. Menmenet is the capital city of the Ta'an-Imenty Republic, a country on the West Coast of North America colonized by the Egyptian Empire in the 18th century.