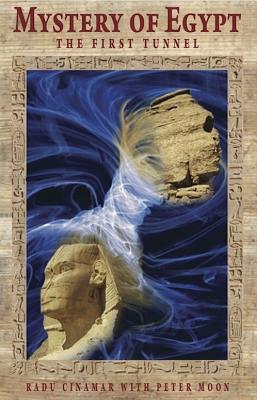 
Not On Our Shelves—Ships in 1-5 Days
(This book cannot be returned.)
Radu Cinamar stunned the world when he released his first book, Transylvanian Sunrise, which described the greatest archaeological find of all time: a hidden chamber some 50,000 years old with beneath the Romanian Sphinx in the Bucegi Mountains. This chamber includes holographic technology with a visual data bank of infinite DNA permutations in addition to three tunnels: one leading to the inner earth, one to Tibet and one to Egypt. After being allowed to explore some of these artefacts, Radu was befriended by an enigmatic alchemist named Elinor who introduced him to an equally mysterious Tibetan Lama. This book begins with Radu becoming the guardian of Elinor's exotic villa in Bucharest which contains a remarkable alchemical laboratory in the basement.Radu is soon thereafter recruited for Department Zero, Romania's most secret intelligence unit, by his old friend, Cezar Brad, and becomes part of an expedition to explore a mysterious tunnel which leads from the chamber beneath the Romanian Sphinx to a different type of chamber beneath the Giza Plateau which contains ancient artefacts that look more futuristic than they do ancient, one of them being a bioresonant device through which one can visit past and future events. This amazing expedition includes an American from the Pentagon with a top secret laptop computer he is intuitively connected to that not only displays intricate holograms but is also linked to Hilbert (inter-dimensional) Space. Ancient archeology meets future science in this true life adventure that penetrates the secrets of Egypt in a way that has not been previously conceived of in our society.