Wounded Wings: A Lesbian Journey of Love and Loss (Paperback) 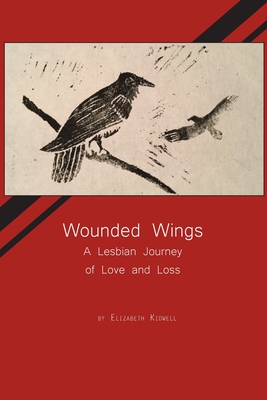 Wounded Wings: A Lesbian Journey of Love and Loss (Paperback)

Wounded Wings is a work of love; a unique fusion of poetry and prose that reveals a wondrous relationship between two women. While the book begins as a story of heart wrenching loss and grief, it slowly unfolds to reveal a complex tale of personal sacrifice, selfless national service, and the gradual aging process, consistently balanced by the joys of daily life and a thirst for adventure, always set firmly in the blessings of unconditional love and the glories of the natural world.

Elizabeth Kidwell was born in Los Angeles, California, growing up in the produce-rich San Joaquin River Valley, sixty miles from San Francisco, before returning to Los Angeles for her last year of high school and four years of college. While serving ten years as a nun in the LA area, she began her career in education, teaching high school and junior high students for five years. Seeking to live in a much smaller city with four distinct seasons, she left Los Angeles behind and moved to Indianapolis, earning her Masters Degree at the University of Indianapolis. Thirteen years later, while playing softball for an older women's league at Broad Ripple Park, she met her life partner, who threw her out at first base