How Mamas Love Their Babies (Hardcover) 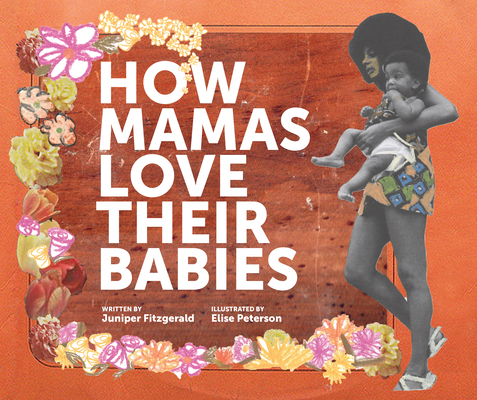 How Mamas Love Their Babies (Hardcover)

Illustrating the myriad ways that mothers provide for their children--piloting airplanes, washing floors, or dancing at a strip club--this book is the first to depict a sex-worker parent. It provides an expanded notion of working mothers and challenges the idea that only some jobs result in good parenting. We're reminded that, while every mama's work looks different, every mama works to make their baby's world better.

Juniper Fitzgerald is a mother, former sex worker, and PhD based in Omaha, NE. Her academic work focuses on sex work, sex workers' rights, and alternative methodologies informed by feminist theories and the queering of intellectual spaces. For more than a decade, Juniper worked as a sex worker in various contexts and she continues to work as sex workers' rights advocate. She has contributed to several sex workers' rights cultural productions, including: The Red Umbrella Diaries, a spoken word event for sex workers created by Audacia Ray; The Red Umbrella Babies, a collection of writings by parents in the sex industry (forthcoming); SWOP, the Sex Worker Outreach Project; and CHANGE, the Center for Health and Gender Equity, a non-profit that supported Juniper in her petition for congress to eradicate the Anti-Prostitution Loyalty Oath. Elise Peterson is a writer, visual artist, former music editor for Solange Knowles's music-and-retail site Saint Heron, and a longtime arts educator living and working in New York. Her writing has appeared in Adult, Paper Magazine, Elle, Lenny Letter, and Nerve among others. She has been profiled by The Cut, Nylon, The Fader, and others. She is passionate about storytelling and investigating the nuance of identity and sexuality as it relates to marginalized communities. Comparably, her multi-disciplinary visual work focuses on reinterpreting the past in order to explore evolving notions on the intersection of technology, blackness and cross-generational narratives.