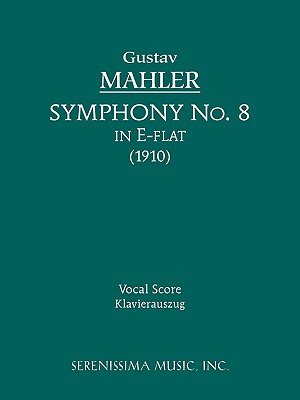 Mahler's penultimate symphony received its premiere performance in Munich on September 12th, 1910 with a chorus of about 850, and an orchestra of 171. These massive forces led to Mahler's agent dubbing the work "Symphony of a Thousand." Mahler did not approve of the title at all, but it remains. The piece was a great success at its premiere, one of few of Mahler's works to be well received in his lifetime. It was the last premiere of one his works that Mahler witnessed before his death. Unabridged digitally enhanced reprint of the vocal score prepared by Josef Woss that was first published in 1910 by Universal Edition, Vienna. Matching large conductor score and complete orchestral parts are also available from Serenissima Music (96070).