Cataclysms on the Columbia: The Great Missoula Floods (Openbook) (Paperback) 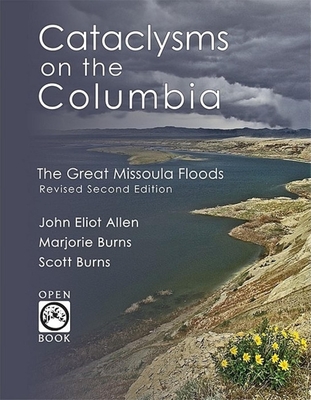 Cataclysms on the Columbia: The Great Missoula Floods (Openbook) (Paperback)

Cataclysms on the Columbia tells two stories. One follows geological research that challenged the scientific paradigm of the early 20th century, and the other chronicles the result of that research: the discovery of powerful prehistoric floods that shaped the Pacific Northwest. The cataclysms at the end of the last Ice Age left a scabland of buttes, dry falls, and rocky gorges, but it took the detective work of geologist J Harlen Bretz to prove it to the world. His lifetime of research and unshakeable belief changed geology forever.

John Eliot Allen coauthored the first edition of Cataclysms on the Columbia with Marjorie Burns. He was Professor Emeritus of Geology at Portland State University, a lifelong student of the Columbia Gorge, and author of The Magnificent Gateway, a detailed guide to its geology. He passed away on December 17, 1996, at the age of 88 following an illustrious career as a field geologist, professor, and writer. All three of the authors are native Oregonians.Marjorie Burns is an author, traveler, and lover of minor adventures, as well as Professor Emeritus at Portland State University. Her main area of expertise is nineteenth-century British literature, though she has also published extensively on J. R. R. Tolkien's fiction and scholarship. She lives with her husband in Washington State at the base of a Cascade volcano and rock climbs, cycles, or kayaks when she's freed from writing and work.Scott Burns is a professor of geology at Portland State University with research interests that include engineering geology, environmental geology, soils, landslides, geomorphology, and Quaternary geology. When not teaching, he serves on various geological committees and has written numerous articles, chapter contributions, and books. He has taught in Switzerland, New Zealand, Washington, Colorado, and Louisiana before coming home to Oregon. His first book was Environmental, Groundwater, and Engineering Geology: Applications from Oregon (1998). At PSU he has received the Distinguished Faculty Award and the George C. Hoffman Award.