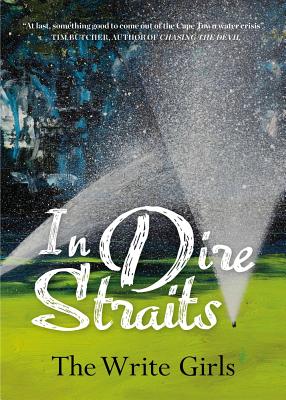 By The Write Girls


Special Order—Subject to Availability
In a gated housing estate, a grieving Karoo widow provokes an
uprising that shatters the Botoxed facades of those around her.
Soon fear grows like weeds among the dying lawns, and betrayal
thrives behind the illegally watered rosebushes – before
real danger emerges beneath the streets of Cape Town itself.
Set amid the volatility and hysteria of the worst water crisis
the area has ever faced, In Dire Straits is a novel by six women
whose horrifying personal tale merges in a truth-is-strangerthan-
fiction climax of almost unbelievable proportions.
The Write Girls are six Cape Town-based authors from diverse backgrounds and cultures, and different countries and age groups, who have met as a creative-writing group for more than a decade. In Dire Straits is their fourth book, following the short-story collections Women Like Us and Seven Women, and the novel The Man With The Blue Eyes. Emerging out of the Cape Town water crisis, In Dire Straits eerily mirrors their own very real experiences in the city, when they were caught up in a near-death situation during a flash flood in the tunnels beneath the Castle of Good Hope in June 2017. In the process they discovered that truth can, indeed, often feel more unreal than fiction.