The Road to Dalhousie (Paperback) 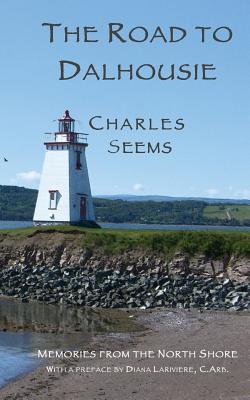 The Road to Dalhousie (Paperback)


Not On Our Shelves—Ships in 1-5 Days
(This book cannot be returned.)
"You cannot change the wind, but you can adjust your sails". A fictional biography showing the difficulties surrounding family and social relationships in small-town Eastern Canada when one's in-built direction is homosexual. "Although I felt relieved that things were now in the open, it took both my mother and I a bit of time before we were comfortable being around each other ... she may not have understood that it wasn't a choice I was making but rather an acceptance of what I couldn't change." Uneasy that something could happen to his parents on their trip to Europe, Richard decides to return home to northern New Brunswick with his friend Norman. During the twelve-hour odyssey, they reminisce about growing up in small-town, catholic Dalhousie, and share thoughts on their respective coming-out stories and their relationships with their mothers. Richard's easy life in Ottawa changes when Norman's premonition comes true. Charles Seems was born in Dalhousie, New Brunswick, Canada and has travelled the world. Charles is a teacher, writer, human resources manager and interior designer. He lives in Ottawa with his spouse Robert.