Polar Wives: The Remarkable Women Behind the World's Most Daring Explorers (Paperback) 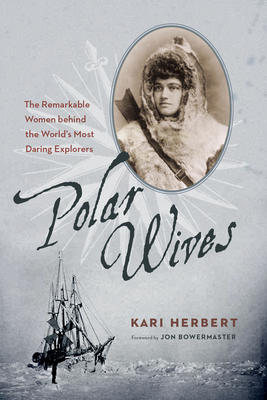 Polar Wives: The Remarkable Women Behind the World's Most Daring Explorers (Paperback)


Backordered
Polar explorers were the superstars of the "heroic age" of exploration, a period spanning the Victorian and Edwardian eras. In this engaging book, author Kari Herbert explores the unpredictable, often heartbreaking lives of seven remarkable women who married world-famous polar explorers. As the daughter of a pioneering polar explorer, Herbert brings a unique perspective to these stories of polar exploration. In her portraits of the gifted sculptor Kathleen Scott; eccentric traveller Jane Franklin; spirited poet Eleanor Anne Franklin; Jo Peary, the first white woman to travel and give birth in the High Arctic; talented and determined Emily Shackleton; Norwegian singer Eva Nansen; and her own mother, adventurer Marie Herbert, Karie Herbert blends deeply personal accounts of longing, betrayal, and hope with stories of peril and adventure. Herbert illuminates the essential role the women played in supporting, publicizing, defending, and even financing their husbands' expeditions. She follows these "polar wives" not only to the polar wastelands but through war-torn Macedonia, the lawless outback of Australia, and the plague--riddled ancient cities of the Holy Land. With extracts from previously unpublished historic journals and letters, Polar Wives brings together for the first time, the compelling stories of seven adventurous women.
Kari Herbert first started travelling at the age of ten months when her father, pioneering explorer Sir Wally Herbert, took Kari and her mother, Marie, to live among the Polar Inuit on a remote island off the northwest coast of Greenland. Today, Kari is an acclaimed author, photographer, and speaker. Her work has been published in magazines and newspapers all over the world, including the Sunday Times, the Telegraph, Mail on Sunday, the Independent and the Guardian. Her first book, The Explorer's Daughter, received outstanding reviews and was chosen as Book of the Week by BBC Radio 4. It has since been translated into Danish, Dutch, Italian, and Polish. Kari Herbert is the founding director of Polarworld, an independent publishing company that produces inspirational books and projects to bring an awareness of wilderness places to a diverse audience. She lives in Cornwall, England. Jon Bowermaster is the author of eleven books and producer of a dozen documentary films, when not on the sea Bowermaster lives in the Hudson Valley of New York.

" Every story Herbert tells is fascinating for itself, and the book is compelling. ...With a nice selection of photos, an ample supply of larger-than-life characters, and settings like no other, this is a book that should easily stand the test of time and has earned its place on exploration history shelves everywhere."Bookslut