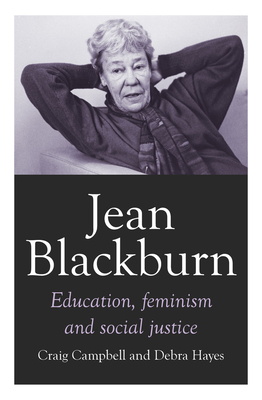 
Special Order—Subject to Availability
From the maelstrom of the Depression and World War II, from Communist Party membership from the 1930s to the 1950s, and early attachment to feminism and the peace movement, Jean Blackburn emerged as a significant public intellectual. Her life work was connecting education policy to the causes of social equality and opportunity. She worked with Peter Karmel on the most significant government report framing school policy in the twentieth century, the blue-print for the Australian Schools Commission. Blackburn was the architect of the Disadvantaged Schools Program, which revolutionised the way that public and Catholic schools delivered education to families marked by many disadvantages, including poverty. She was an architect of the Girls, School and Society report of 1976. Jean Blackburn possessed a charismatic presence, never more in evidence than as she worked on senior secondary school reform in Victoria in the 1980s. As a feminist Blackburn bridged the generations. She was a fiercely independent, courageous, creative and effective social reformer and public intellectual.
Craig Campbell is an historian of education based at the University of Sydney. His books include A History of Australian Schooling (2014) and School Choice (2009). He is a recent editor of the History of Education Review and the on-line Dictionary of Educational History in Australia and New Zealand. Debra Hayes is Professor of Education and Equity in the Sydney School of Education and Social Work at the University of Sydney. Her research investigates the inequitable effects of schooling in contexts where there are high levels of poverty and difference. Her early work was strongly influenced by Jean Blackburn’s writing.