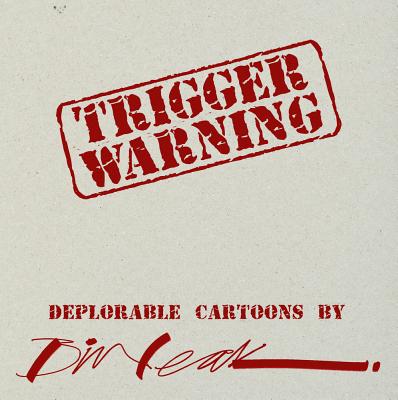 
Special Order—Subject to Availability
Bill Leak’s daily cartoons in The Australian newspaper have been variously described as the works of a genius and Australia’s most insightful and thought-provoking arbiter of the main story of the day. Thumbing through Trigger Warning, a collection of Bill’s cartoons from 2016, it’s easy to argue that those terms have not been used loosely. When one of the cartoons is this collection prompted the Human Rights Commission to take action under law 18C of the Racial Discrimination Act, it sparked a national debate on free speech, the right to laugh and the right to offend.

Trigger Warning features a host of other insights on the stories of the day, covering a wide range of political and cultural topics and key moments from the year that was. They’re all in the unique Leak style – beautifully drawn and coloured, with erudite, telling word bubbles.

As 2017 unfolds with the US on tenterhooks, the UK post-Brexit, refugee hordes flooding into Europe, the Middle East being the Middle East, China making inspection tours of the South Seas and a rogue Senate in Australia, the rights to laugh and offend might be the best way ahead. For a cartoonist like Bill, not all bad news is Bleak.
Bill Leak is Australia’s best know cartoonist and an acclaimed artist and writer. Bill’s work has featured in the Archibald Prize, major galleries and exhibitions, as well as newspapers and magazines in Australia and around the world.