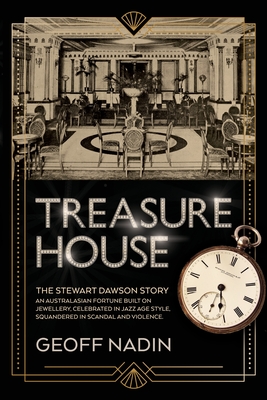 In February 1998, in South Kensington, London the death occurred, unremarked, of 75-year-old retired taxi driver David Stewart Dawson. This was the same David who, fifty years earlier in Australia had inherited a life of privilege and luxury, lived at Sydney's best addresses, married two beautiful women, then lost it all in scandal and shame.

In 1849 his grandfather and namesake was born on a farm in Scotland in relative poverty. In the next 150 years, an Australian dynasty was founded and foundered, a fortune built and squandered, the family name became an international byword for style and luxury, only to fade from memory in less than a generation.

This is the story of the Stewart Dawsons: watchmakers and jewellers, Australian pioneers of Jazz Age popular culture and entertainment, property tycoons and philanthropists, who counted stars of stage and screen, earls and princes among their connections. It's also a story of marital duplicity and deception, hubris and abuse of privilege, hedonism, fraud, and criminal violence leaving a trail of victims and damaged lives, where there were few happy endings.