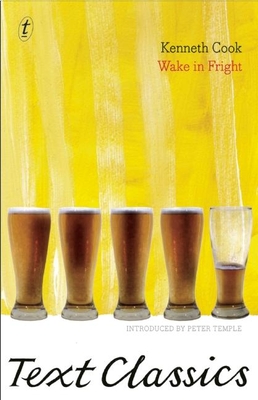 Wake in Fright is the original and greatest outback horror story. It tells the tale of John Grant's journey into an alcoholic, sexual, and spiritual nightmare. Outback town Bundanyabba and its citizens will forever haunt you.

Kenneth Cook was born in Sydney. Wake in Fright, which drew on his time as a journalist in Broken Hill, was first published in 1961 when Cook was thirty-two. It was published in England and America, translated into several languages, and a prescribed text in schools. Cook wrote twenty-one books in a variety of genres, and was well known in film circles as a scriptwriter and independent film-maker. He died in 1987 at the age of fifty-seven. Peter Temple has worked extensively as a journalist and editor for newspapers and magazines in several countries. He has won five Ned Kelly Awards for his novels, and won the world's most prestigious crimewriting prize, the Duncan Lawrie Dagger. In 2010 he was awarded Australia's greatest writing prize, the Miles Franklin Literary Award. His books are published in more than twenty countries. David Stratton is co-presenter of At the Movies on ABC television and film critic for the Australian. He has also served as a President of the International Critics Jury for the Cannes and Venice Film Festivals, written three books and is currently lecturing in Film History at the University of Sydney.