Personalities and Institutions of the British South Africa Police (Paperback) 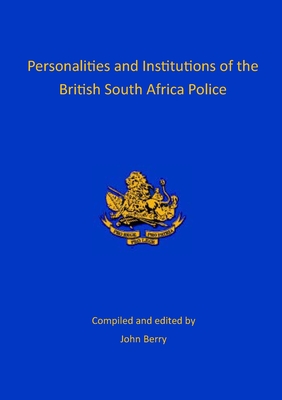 Personalities and Institutions of the British South Africa Police (Paperback)


Not On Our Shelves—Ships in 1-5 Days
(This book cannot be returned.)
Over nearly seven decades the chronicles and happenings of the British South Africa Police, together with the experiences of ordinary members of the Force, have been recorded in the Police magazines. First there was The Police Review, founded in 1911, then the Rhodesian Defence Force Journal during and after the Great War years, then, in 1923, The Outpost for the remainder of the Force's existence. Several books have been published over the years reproducing articles from the magazines. This is another such one. In addition to articles from the magazines of the early days of the Force there are also some memoirs not previously published which will be of particular interest to those who served during the Rhodesian Bush War of the 1970s. These give an insight into what was happening behind the scenes. The Regimental Association of the British South Africa Police is a flourishing institution with Branches and members all over the world. Those who would like to know how it all began will find it here. Other institutions, such as the Forensic Science Laboratory and even the origins of the magazines themselves also find a place here. The Regimental Sergeant Majors played an important role in setting the tone of the Force and stories of three of them are recounted. The articles and memoirs cover a wide spectrum both in content and time and the reader should find much of interest.