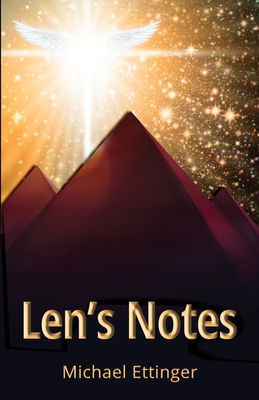 Len's Notes chronicles the last year of his short life as told by Henry Red Feather a Native American Indian who was his friend and shared a flat with him in Egypt.
Len was a young Egyptian mathematician whose brilliant mind bordered on that of a genius but was equally fragile. He died of a brain haemorrhage at the age of 26 leaving behind many notes, mathematical papers and unfinished theories as to whether the universe and mankind were a product of natural evolution or the creation of God. His other great quest was to find a value for zero.
Len's notes also challenge many scientific claims that are mainly computer-driven, based on clever simulation presented as fact, but in reality are no more than theoretical and can never be substantiated in a way that can be readily understood by society.
Following his death, Len's father asked Henry to assemble his son's notes into a book. The notes capture the drama, elation of new discoveries, the lows of depression and the curse of self-doubt. Entwined within Len's notes are Henry's recollections of his own life. Len's notes provide new insights into the questions Paul Gauguin asked in his famous painting,

'Where did we come from, why are we here, where are we going'.