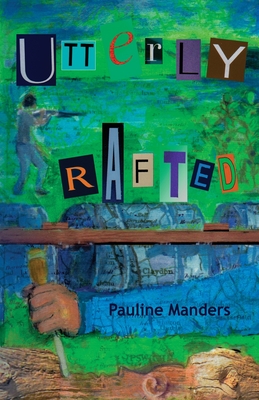 Book 3 in the Utterly Crime Series.

It begins with two deaths. The body of a young women is found so peaceful she could be sleeping. The other, a ferocious murder beyond the railway lines at Stowmarket. DI Clive Merry investigates while three apprentice carpenters and old friends, Chrissie, Nick and Matt are catapulted into the dangerous world of illegal hare coursing and drug abuse in the south Suffolk countryside. The characters find themselves embroiled in a dark and dangerous underworld, stretching from Wattisham to Hadleigh, Sudbury to Bury St Edmunds, and beyond the Orwell Bridge. All this is played out against a backdrop of maunuscript restoration, totem pole carving and preparation for the annual raft race at Needham Market.

Pauline Manders has drawn on her love of the Suffolk countryside to create a freah, fast paced, witty crime novel. Her quirky, fallible main charaters previously encountered in Utterly Explosive and Utterly Fuelled, lead the reader through to a page turner of a finale.