The Bootlegger: The Good, the Bad & the Tasty (Paperback) 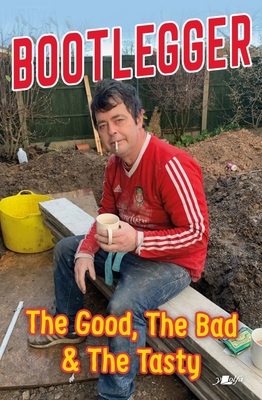 The Bootlegger: The Good, the Bad & the Tasty (Paperback)


Special Order—Subject to Availability
Karl Phillips is just one of the lads - roofer by day, pilsner drinker by night. But as Bootlegger, he's scored hundreds of thousands of hits on YouTube with his hilarious matchday soccer vlogs and keeps a huge number of followers on social media hooked with his humorous musings on life, work, the Flamethrower and his beloved Wrexham AFC. He even has a beer named after him - Wrexham Lager's iconic Bootlegger 1974 Pilsner, which has made its way onto the shelves of major supermarkets.

From tough beginnings with teenage parents to a string of jobs in local factories, whether smearing butter on his headmaster's office window or getting a round of golf in during his shift as a street-cleaner, duckin' around shooting videos in football grounds and pubs across the UK or slightly overdoing it in holiday spots around the world, or in the throes of any of the other hilariously random antics described here, the Captain doesn't take himself too seriously and is mellowing with age, like a fine pilsner

With Wrexham AFC recently taken over by Hollywood stars Ryan Reynolds and Rob McElhenney and a documentary spin-off now filming for Disney Plus, the eyes of the world will be on the club - and on the Bootlegger, their most famous fan.

"Top man... I thought that I'd lived a colourful life until I read about Karl's adventures" - MICKEY THOMAS, WREXHAM AFC & WALES