David Hockney: The Arrival of Spring in Normandy, 2020 (Hardcover) 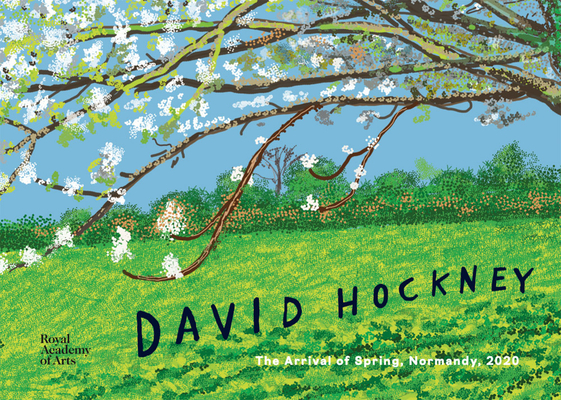 David Hockney: The Arrival of Spring in Normandy, 2020 (Hardcover)

An uplifting celebration of spring and the power of art against lockdown: Hockney's new iPad drawings, in an intimate sketchbook format

At the beginning of 2020, just as global COVID-19 restrictions were coming into force, David Hockney was at his new house, studio and garden in Normandy. From there, he witnessed the arrival of spring, and recorded the blossoming of the surrounding landscape on his iPad, a method of drawing he has been using for over a decade. Drawing outdoors was an antidote to the anxiety of the moment for Hockney; "we need art, and I do think it can relieve stress," he says. This uplifting publication--produced to accompany a major exhibition at the Royal Academy of Arts--includes 116 of these new iPad drawings and shows to full effect Hockney's singular skill in capturing the exuberance of nature. The book begins with an interview with the show's curator, Edith Devaney, in which Hockney discusses his heralding of the spring. It also features augmented reality, an exciting technology that enables smartphones and tablets to recognize printed images and play a related film or animation. David Hockney (born 1937) is one of the most significant British artists of the 20th century. He attended the Royal College of Art in London and exhibited in one of the first British Pop art shows. In 1964 he moved to Los Angeles, where he lived for many years before returning to his native Yorkshire for a time. In addition to painting, Hockney has pursued photography, collage and printmaking as well as digital illustration. He lives and works in Normandy, France.