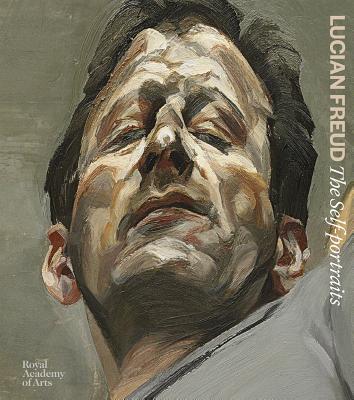 The artist stripped bare by himself: Lucian Freud's self-portraits redefine the genre

In 1964 Lucian Freud set his students at the Norwich College of Art an assignment: to paint naked self-portraits and to make them "revealing, telling, believable ... really shameless." It was advice that the artist was often to follow himself. Visceral, unflinching and often nude, Freud's self-portraits chart his biography and give us an insight into the development of his style.

These paintings provide the viewer with a constant reminder of the artist's overwhelming presence, whether he is confronting the viewer directly or only present as a shadow or in a reflection. Freud's exploration of the self-portrait is unexpected and wide-ranging. In this volume, essays by leading authorities, including those who knew him, explore Freud's life and work, and analyze the importance of self-portraiture in his practice. Lucian Freud was born in Germany in 1922, and permanently relocated to London in 1933 during the ascent of the Nazi regime. After seeing brief service during World War II, Freud had his first solo exhibition in 1944 at the Alex Reid & Lefevre Gallery in London. Despite exhibiting only occasionally over the course of his career, Freud's 1995 portrait Benefits Supervisor Sleeping was sold at auction, at Christie's New York in May 2008, for $33.6 million, setting a world record for sale value of a painting by a living artist. Freud died in London in 2011.--Ken Scrudato "Blackbook.