The Place of Possibility: Toward a New Philosophy of Praxis (Hardcover) 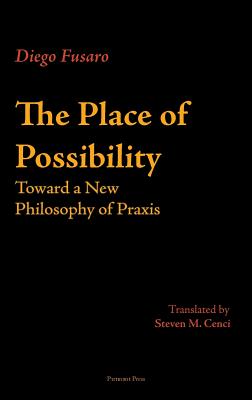 The Place of Possibility: Toward a New Philosophy of Praxis (Hardcover)

One difference between the economic system in which we live and the systems of the past is that the former does not claim to be perfect. It merely denies the existence of alternatives. For the first time, power does not manifest its qualities, but simply claims that its nature is inevitable. Diego Fusaro's new essay is a strong rejection, like a whiplash, of the rhetorical claim that reality is an immutable situation and of the habit of accepting it lying down instead of building a better one. This rhetoric gives rise to the principal commandment of Market Monotheism: "thou shalt have no other society before this " The first task of a philosophy of resistance is to rethink the world as history and possibility, to create the conditions according to which men rediscover themselves as passionate rebels in search of a different and better future. Starting from this revolutionary thought, one can struggle against economic fanaticism and for a fair "city of the future", a place common to all humanity in which each and every one is equally free compared to all the others.