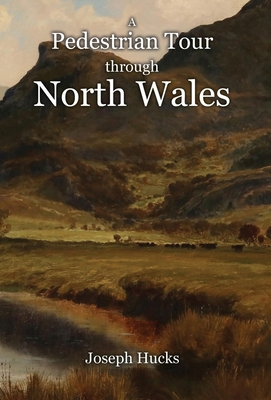 In the Summer of 1794, Samuel Taylor Coleridge set out for North Wales with his Cambridge friend, Joseph Hucks. A Pedestrian Tour through North Wales, published the following year, is the latter's account of their travels. It was a turbulent time that had brought into question many old verities: the American colonies had recently broken off from the British Empire, and France was mid-way through its devastating revolution, heads still rolling off the guillotine while that most civilised of nations lived through the Reign of Terror. The two friends, 22 years of age, set out with rucksacks and old clothing, mingling with the peasants, staying at inns, and travelling everywhere on foot, at a time when the vogue of pedestrian tours was just beginning, and when voluntarily walking from place to place was not considered respectable. Their 600-mile journey, quite an achievement in that era, went as far south as Aberystwyth and passed through Devil's Bridge. Follow them on their journey and see them sneer at modern repairs on Beaurmaris Castle, flinch at promiscuous nudity in the beaches of Abergele, cause alarm among children near Conwy, be taken for Frenchmen by the same, break bedroom windows in Tregarron in order to get air, and a great deal more. Hucks the backpacker and poet supplies us with a unique, entertaining, and elegantly written glimpse into 18th-century North Wales.