King of Children: The Life and Death of Janusz Korczak (Paperback) 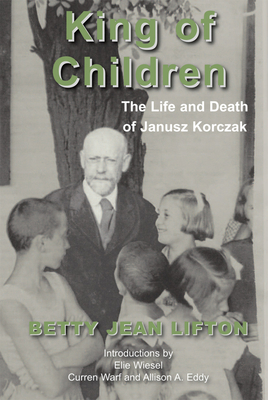 King of Children: The Life and Death of Janusz Korczak (Paperback)


Special Order—Subject to Availability
This is the tragic story of Janusz Korczak (as featured in the major motion picture The Zookeeper's Wife) who chose to perish in Treblinka rather than abandon the Jewish orphans in his care. Korczak comes alive in this acclaimed biography by Betty Jean Lifton as the first known advocate of children's rights in Poland, and the man known as a savior of hundreds of orphans in the Warsaw ghetto. A pediatrician, educator, and Polish Jew, Janusz Korczak introduced progressive orphanages, serving both Jewish and Catholic children, in Warsaw. Determined to shield children from the injustices of the adult world, he built orphanages into 'just communities' complete with parliaments and courts. Korczak also founded the first national children's newspaper, testified on behalf of children in juvenile courts, and, through his writings, provided teachers and parents with a moral education. Known throughout Europe as a Pied Piper of destitute children prior to the onslaught of World War II, he assumed legendary status when on August 6, 1942, after refusing offers for his own safety, he defiantly led the orphans under his care in the Warsaw Ghetto to the trains that would take them to Treblinka. Introductions by Elie Wiesel, Curren Warf and Allison A. Eddy [Subject: Biography, Holocaust Studies, Jewish Studies, WWII, Children's Rights]