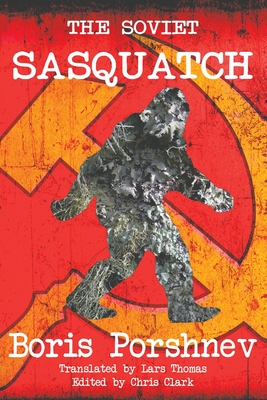 In 1957 Soviet historian and social scientist Boris Porshnev, inspired by the reports of the Yeti in the Himalayas, became interested in the possibility of similar creatures in the area of Europe and Asia then controlled by the Soviet Union. He was given permission by the Soviet Academy of Sciences to establish a Commission to examine the whole question of the 'Snowman'. After he wrote an article in Pravda he received over a thousand reports from all over the Soviet Union, giving a consistent picture of a wild creature, more closely related to human beings than any known species, surviving in mountainous areas all over Asia.

An expedition to the Pamirs of Tajikistan was organised in 1958 to follow up the most promising reports. Unfortunately, more powerful figures in the scientific establishment subverted the original purpose of the expedition and it produced little result. From then on Porshnev's position declined. His theory that Asian wildman reports could be explained by surviving Neanderthals was attacked, in one case in terms that doubted his sanity. The defence he wrote could not be published in Moscow, and had to appear in a Kazakhstan literary magazine.

In 1963 he produced a book summarising the evidence the Commission had received, studies from other parts of the world, and further evidence from history. He built up on this basis a consistent picture of the creature and discussed its possible relation to Neanderthal man. The book was never actually completed, but 180 copies of a preliminary version were circulated to colleagues in Moscow. The book then disappeared for well over half a century. With the assistance of Porshnev's family the manuscript has now reached the West and is published here in an English translation with the addition of notes, maps, illustrations and an index. This book casts a wholly new light on the Yeti, Bigfoot and the possible survival of human ancestors into the present day.