Jamilti and Other Stories (Hardcover) 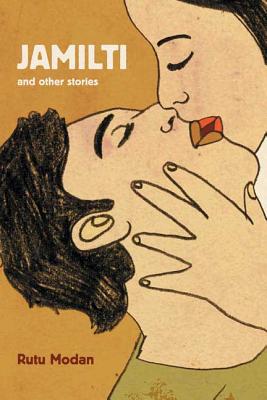 Jamilti and Other Stories (Hardcover)


Special Order—Subject to Availability
Published by Drawn & Quarterly in 2007, Exit Wounds-a tale at once mystery and romance-introduced North American readers to the colorful and tightly woven narrative by Rutu Modan and was included in Time and Entertainment Weekly's "best of" lists. Jamilti and Other Stories collects the cartoonist's short works, which lead the reader through unexpected turns of plot and unusual character portraits. Some are darkly fantastical and unsettling, such as the unraveling of a serial-killer murder mystery, or her accounts of an infatuated plastic surgeon and his sanitarium, and a mother back from the dead with dubious healing powers. Others are more attuned to surprising discoveries that shape personal identity, as in the story of a tragic past that lies within a family's theme hotel, or that of a struggling musician who hopes an upcoming gig will be his big break. In "Jamilti," Modan addresses political violence with a suicide bombing that shakes up a day in the lives of a young couple.

RUTU MODAN, one of Israel's best-known cartoonists, was born in Tel Aviv in 1966. She is most recognized in North America for her graphic novel Exit Wounds, and currently lives in England with her family.

“The real glory of Exit Wounds is Modan’s artwork. Her characters’ body language and facial expressions, rendered in the gestural ‘clear line’ style of Hergé’s Tintin books, are so precisely observed, they practically tell the story by themselves.” —The New York Times Book Review “Modan’s spare, affecting lines and charged dialogue add up to a tragicomic take on family and identity . . . Grade A–” —The Washington Post