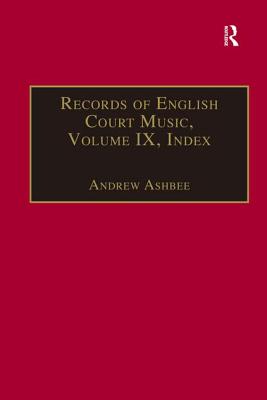 
Not On Our Shelves—Ships in 1-5 Days
(This book cannot be returned.)
Pioneering work on the musical material from the archives of the English court was undertaken by Nagel (1894), Lafontaine (1909) and Stokes (in the Musical Antiquary 1903-1913). Records of English Court Music (a series of seven volumes covering the period 1485-1714) is the first attempt to compile a systematic calendar of such references. It aims to revise these earlier studies where necessary, adding significant details which researchers omitted, clarifying the context of documents and substituting current call-marks for defunct references. Volume V is primarily concerned with the post-Restoration years already partially covered in volumes I and II. The material from the Exchequer and Declared Accounts of the Treasurer of the Chamber has been revised to include references to trumpeters and drummers. Other sections are devoted to material outside the Lord Chamberlain's papers: the Signet Office Docquet Books, Secret Service accounts and more from the Exchequer; the Corporation of Musick (controlled by the Court musicians) and to the range of music material from accounts of the Receivers General. Samples from the comprehensive records of the Lord Steward's department (including those of the Cofferer of the Household) are also provided. Andrew Ashbee was the winner of the Oldman Prize in 1987 for Volume II in the series of 'Records of English Court Music', awarded by the UK branch of the International Association of Music Libraries for the year's best book on music librarianship, bibliography and reference.