Giovanni Gentile and the State of Contemporary Constructivism: A Study of Actual Idealist Moral Theory (Paperback) 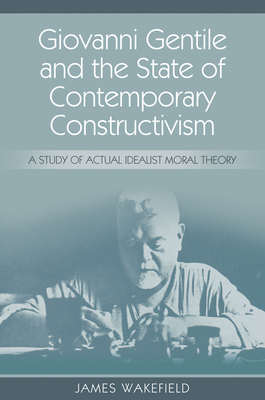 Giovanni Gentile and the State of Contemporary Constructivism: A Study of Actual Idealist Moral Theory (Paperback)

Recent moral philosophers have had little to say about Giovanni Gentile's 'actual idealism', which is widely dismissed as a kind of obscurantist Hegelianism used to conceal flimsy justifications for the state's total impunity over questions of morality and truth. While Gentile is increasingly recognised as a major figure in twentieth-century Italian culture, actual idealism itself has yet to be given a full and impartial philosophical appraisal.

Giovanni Gentile and the State of Contemporary Constructivism represents the first book-length treatment of actual idealist moral theory. Part I describes and criticises Gentile's stated view, showing that it includes several ambiguities that he exploits in order to align it with Fascist totalitarianism. Part II develops a modified version that is more consistent with the basic tenets of actual idealism.

It is argued that Gentile's theory is best understood as a radical constructivist doctrine according to which all thinking has a moral character. Rigorously conceived, it promotes not uncritical submission to the state, but free and self-regulating thought in the absence of a fully objective reality. Thus Gentile demonstrates both the plausibility and the limitations of any uncompromising form of anti-realist constructivism.