The Long Twentieth Century: Money, Power and the Origins of Our Times (Paperback) 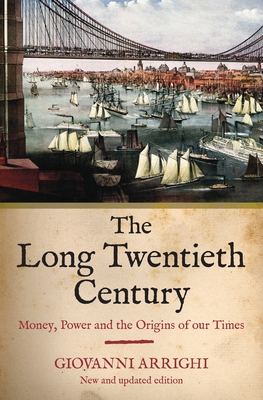 The Long Twentieth Century: Money, Power and the Origins of Our Times (Paperback)


Not On Our Shelves—Ships in 1-5 Days
The Long Twentieth Century traces the relationship between capital accumulation and state formation over a 700-year period. Arrighi argues that capitalism has unfolded as a succession of “long centuries,” each of which produced a new world power that secured control over an expanding world-economic space. Examining the changing fortunes of Florentine, Venetian, Genoese, Dutch, English and finally American capitalism, Arrighi concludes with an examination of the forces that have shaped and are now poised to undermine America’s world dominance. A masterpiece of historical sociology, The Long Twentieth Century rivals in scope and ambition contemporary classics by Perry Anderson, Charles Tilly and Michael Mann.
Giovanni Arrighi (1937–2009) was Professor of Sociology at Johns Hopkins University. His books include The Long Twentieth Century, Adam Smith in Beijing, and, with Beverly Silver, Chaos and Governance in the Modern World System. His work has appeared in many publications, including New Left Review—who published<a href="http://www.newleftreview.org/?page=article&amp;view=2771"> an interview on his life-long intellectual trajectory</a> in March–April 2009, and <a href="http://www.newleftreview.org/?view=2814">an obituary</a> in Nov–Dec 2009—and there are more accounts on his <a href="http://www.sympathytree.com/giovanniarrighi1937/">memorial website</a>.
“A vivid, fact-filled expose of the cyclical monetary forces that surge through human society.”—Observer Review

“The Long Twentieth Century has the grandeur of a sprawling epic and the schematic grace of a Richard Neutra blueprint ... It is the single most useful text on offer for anyone who wants to narrate the story of world capitalism—from its nascent form on the rim of the Mediterranean to the current reach of the United States’ empire, and beyond.”—Los Angeles Review of Books