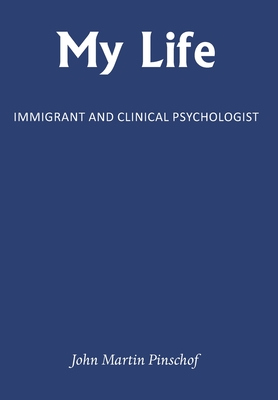 The book began as a long letter to the author's four grandchildren in order to give them some understanding of their background but this soon developed into a full autobiography.

Author recounts family predicament, tensions and fear of arrest after Hitler's invasion of Austria; leaving Austria with seconds to spare on the very last train to leae for the Channel Ports and arrival in UK as immigrants followed by 5 years of family separation in England and Isle of Man. It describes near instant annihilation from a V2 Rocket; a brief account of the history of Europe after 1st and 2nd World Wars provides insight into basic reason for European Union and disgust with the apparent ignorance of those UK politicians who led the charge to Brexit.

It recounts the trauma of the death of his Father soon after family reunion; his experience of Boarding School; and recounts an alpine expedition with his mother and brother and 2nd near instant annihilation.

There followed University and subsequent training as a Clinical Psychologist, then grappling with 200 years of psychiatry's miss-direction and its consequences within an out-dated institutional direction, somewhat reminiscent of 'One flew over the Cuckoos Nest' and his bitter-sweat results of 9 years of development of his department into the largest or equal largest psychology department within the NHS and the consequent jealousies and battles.

Overall a highly successful career as Clinical Psychology, with part time appointment to initial Mental Health Act Commission- and experiencing the interesting politics of the Commission. Pension and Retirement from NHS in 1995 was followed by appointments within 2 GP practices and the additional creation of a new career as an Expert Witness to Criminal, Civic and Family Courts leading to appointment as representative of British Psychological Society to the High Court's Family Division Sub-Committee re. Expert Witnesses; leading to Family Court funding of research into quality of psychologists reports to three representative Family Courts and consequent bitter confrontation with a few offended psychologists upset at its highly critical findings. Also recounted is some very critical comments on Child and Adolescent Mental Health Units and the failure of some, but by no means all, Clinical Psychologists in their understanding of the background of child and adolescent problems.