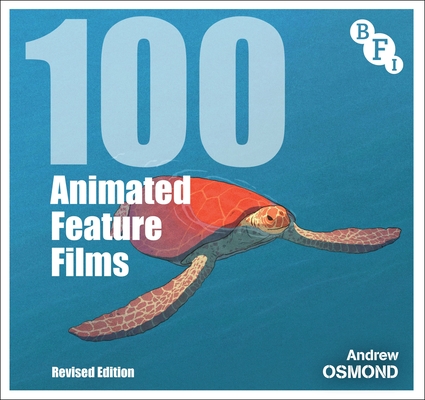 20 years ago, animated features were widely perceived as cartoons for children. Today they encompass an astonishing range of films, styles and techniques. There is the powerful adult drama of Waltz with Bashir; the Gallic sophistication of Belleville Rendez-Vous; the eye-popping violence of Japan's Akira; and the stop-motion whimsy of Wallace & Gromit in The Curse of the Were-Rabbit. Andrew Osmond provides an entertaining and illuminating guide to the endlessly diverse world of animated features, with entries on 100 of the most interesting and important animated films from around the world, from the 1920s to the present day.

Blending in-depth history and criticism, 100 Animated Feature Films balances the blockbusters with local success stories from Eastern Europe to Hong Kong. This revised and updated new edition addresses films that have been released since publication of the first edition, such as the mainstream hits Frozen, The Lego Movie and Spider-Man: Into the Spider-Verse, as well as updated entries on franchises such as the Toy Story movies. It also covers bittersweet indie visions such as Michael Dudok de Wit's The Red Turtle, Charlie Kaufman's Anomalisa, Isao Takahata's Tale of the Princess Kaguya, the family saga The Wolf Children and the popular blockbuster Your Name. Osmond's wide-ranging selection also takes in the Irish fantasy Song of the Sea, France's I Lost My Body and Brazil's Boy and the World. Osmond's authoritative and entertaining entries combine with a contextualising introduction and key filmographic information to provide an essential guide to animated film.
Andrew Osmond is a journalist and critic based in Berkshire, UK. He is the author of Spirited Away (BFI Film Classics, 2008, 2020), Kon: The Illusionist (2009) and Ghost in the Shell (2017). He has co-written two books with Jonathan Clements on two key Japanese animated films, Hakujaden and The Little Norse Prince. He was one of two main editors working for Giannalberto Bendazzi on his three-volume Animation: A World History, published in 2016. He frequently contributes to Sight & Sound magazine, SFX and Empire, as well as numerous other magazines in the UK, France and America. He writes regularly for Neo magazine and for the commercial blog All The Anime, which both specialise in Japanese animation. He has also had pieces on animation published in the Guardian.