The Only Woman (Hardcover) 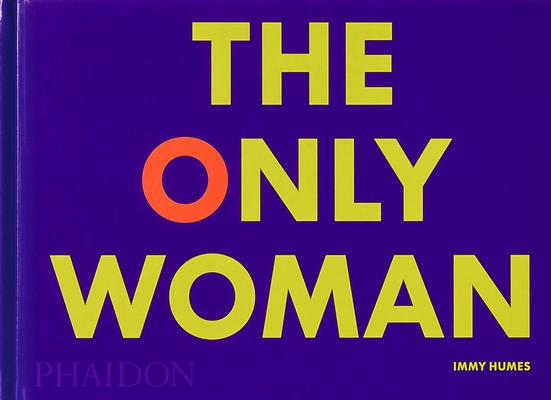 The Only Woman (Hardcover)

As seen in The New York Times, The Atlantic, and The Telegraph

A compelling gallery of women who made their way into a man's world, shown through group portraits each featuring a lone woman

An original approach to gender equality, this striking pictorial statement brings to light the compelling and undeniable phenomenon of 'the only woman': across time and cultures, groups of artists, activists, scientists, servants, movie stars, or metal workers have often included exactly and only one woman.

Covering examples from nearly 20 countries, from the advent of photography until the present day, author Immy Humes reveals and reframes how women and men have related socially in surprising and poignant ways. This is a fresh contribution to visual and cultural history full of unheard stories, courage, achievement, outrage, mystery, fun, and extraordinary women.

A unique focus on women and men in public life from 1860 to the present day charting the phenomenon of 'the only woman' from countries including the USA and the UK, France, Peru, Mexico, India, China, Japan, and Australia. The book features both unknown and well-known women from a diverse range of backgrounds including writers, conductors, civil-rights leaders, domestic workers, sportswomen, and lawyers as well as princesses, railway workers, boxing promoters, and astronauts.

Immy Humes is an Oscar-nominated documentary filmmaker from New York whose work treats social and political themes through the prism of real stories about unconventional people. She has been pursuing the idea of 'the only woman' for years collecting historical photos to capture and investigate the breadth of the phenomenon.

'The Only Woman dramatizes the high price of tokenism.' - Gloria Steinem

'It only takes one woman to make magic!' - Diane von Furstenberg

'Immy Humes' portrays a compelling gallery of women who paved the way in journalism, politics and beyond.' - The Telegraph

'A compelling reflection on history and culture.' - Cool Hunting

'Serves as a powerful recount of women's roles in society and the ongoing fight for a seat at the table.' - Galerie

'100 group photos from throughout the history of photography, each of which features only one woman, while examining social equality.' - Publishers Weekly

'Get ready for a fascinating glimpse into history's unsung glass ceiling breakers.' - Stylist

'Will make for some really good conversations, and you'll learn a lot too.' - The Stripe

'A unique focus on women and men in public life from 1860 to the present day.' - Avocado Diaries