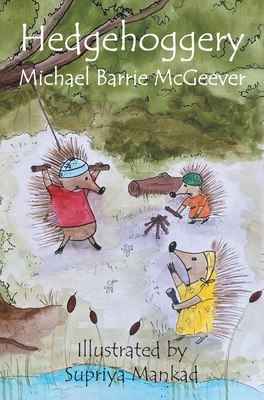 A book of five self-contained, (yet connected) stories featuring an adventurous group of mostly young hedgehogs and other woodland animals who live together in High Brooms woods near Hedgebridge Wells. Led by a core group of hedgehogs, these anthropomorphic creatures combine talents to put on a "Gala Ballet Night". In the "Voyage of the Jersey Royal" they build and sail a boat to a mysterious island in a pond, where, after a number of scary adventures, they rescue two marooned dormice.

With the arrival of the hedgehogs' French cousin Herv , three of the young hedgehogs later decide to visit France.

In the story "Shaky Prickle Night", the hedgehog gang share forgotten children's customs which used to be practised through Hallowe'en and Mischief Night. The final story, "A Summer in France", puts the three young hedgehogs in contact with their own little counterpart society in a woodland in Northern France. They quickly adapt to the new environment and help to bring about a Grand Village Sports Day, inventing a completely new and exciting event - the Medley Relay (le Relais Mixte) which allows all the woodland communities to compete together for the first time.

The stories were originally shared with grandchildren and a grandfather's voice can still be heard throughout the book.

A book to treasure - filled with lavishly illustrated, exciting stories of woodland adventures in England and France, where you can't help but warm to these animal characters and all their achievements.