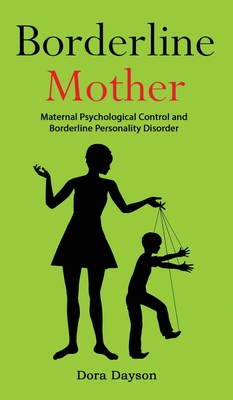 Did you grow up in a home with a parent who has Borderline Disorder?

Has their narcissism had a knock-on effect in your later life?

Do you now want to resolve the traumas you were subjected to and live a happier life?

Living with anyone who is narcissistic or who has a borderline disorder is difficult enough. When that person is a parent and someone who you had no choice but to put up with, it becomes even harder. Young lives can be forever affected by their behaviour and it can lead to other issues later on.

Inside this book, Borderline Mother: Growing Up with a Narcissistic Parent with Borderline Disorder, you will uncover some of the strategies that can be employed when it comes to accepting what has happened and moving on, with chapters that cover:

Understanding that it is not your fault

The importance of individual identity

Learning how to say no

How to deal with conflict

Regaining your trust in others

Living up to your own expectations

The trauma you experienced as a child, growing up in the presence of a parent with borderline disorder, is not something that should define who you are now. instead, you can embrace what has happened, learn from it and use it to move on to a new chapter in life.

That is what you deserve, and Borderline Mother will help you realize it