Enlightening Encounters: The Journeys of an Anthropologist (Hardcover) 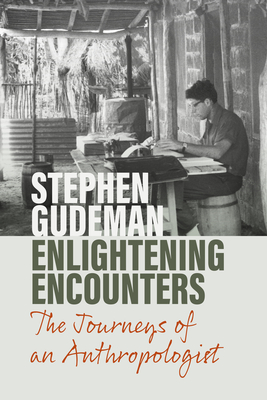 Enlightening Encounters: The Journeys of an Anthropologist (Hardcover)

One of the world's top anthropologists recounts his formative experiences doing fieldwork in this accessible memoir ideal for anyone interested in anthropology.

Drawing on his research in five Latin American countries, Steve Gudeman describes his anthropological fieldwork, bringing to life the excitement of gaining an understanding of the practices and ideas of others as well as the frustrations. He weaves into the text some of his findings as well as reflections on his own background that led to better fieldwork but also led him astray.

This readable account, shorn of technical words, complicated concepts, and abstract ideas shows the reader what it is to be an anthropologist enquiring and responding to the unexpected.

From the Preface:
Growing up I learned about making do when my family was putting together a dinner from leftovers or I was constructing something with my father. In fieldwork I saw people making do as they worked in the fields, repaired a tool, assembled a meal or made something for sale. Much later, I realized that making do captures some of my fieldwork practices and their presentation in this book.

Stephen Gudeman is Emeritus Professor at the University of Minnesota. He focuses on material life in relation to social ties, local thought and ritual, and provides an alternative perspective to our accepted views of economy. He has published 11 books and over 100 articles and reviews.