The Little Book of Charles Dickens: Dickensian Wit and Wisdom for Our Times (Hardcover) 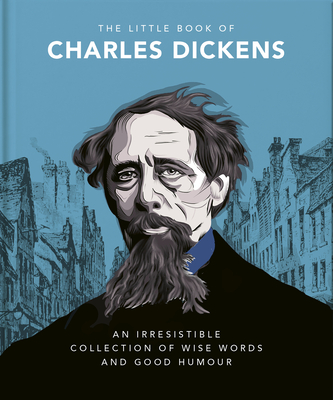 The Little Book of Charles Dickens: Dickensian Wit and Wisdom for Our Times (Hardcover)

"The greatest writer of his time." (George Orwell)

The author of 20 much-loved novels and novellas, Charles Dickens combined humor and pathos to explore Victorian society in all its shades. Widely praised for his rich narratives and larger-than-life characters, he was not only a celebrity author but also an admired social reformer. Moving from the refined drawing rooms of the upper classes to the horrors of the workhouse or the filthy back streets of London, Dickens' writings shone a light on the harsh inequalities of the times.

The Little Book of Dickens showcases wonderful quotes from the author's writings, alongside fascinating facts about his life and achievements. By turns witty, comic, insightful and wise, this delightful volume is a fitting tribute to a literary giant.

SAMPLE QUOTE:
"It is said that the children of the very poor are not brought up, but dragged up."
Bleak House

SAMPLE FACT:
When Dickens was 12 years old, his father was sent to a debtor's prison. Forced to become the family's main breadwinner, the young Dickens worked at Warren's Blacking Factory, where he was paid a pittance for pasting labels onto bottles of shoe polish.