A Consequentialist Defense of Libertarianism (Paperback) 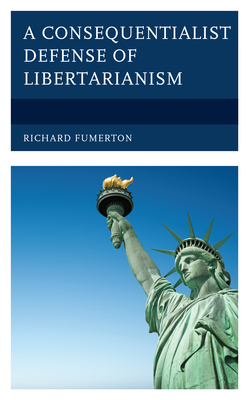 A Consequentialist Defense of Libertarianism (Paperback)


Not On Our Shelves—Ships in 1-5 Days
(This book cannot be returned.)
In A Consequentialist Defense of Libertarianism, Richard Fumerton argues that empirical facts concerning consequences must always play a crucial role in a plausible defense of freedom. After making distinctions between morality and law, he defends the view that it is a fundamental mistake to think that the law should always, or even usually, attempt to mirror morality. With this framework in place, Fumerton addresses various controversial questions concerning when the law ought to side with freedom. He offers a nuanced defense of several positions shared by many "moderate" libertarians. This consequentialist defense of freedom offers a fresh perspective on some very old philosophical debates. As more people become frustrated with a perceived lack of principled attempts by established political parties to appreciate important concerns people have involving their desire for freedom, the issues discussed in this book are particularly timely.
Richard Fumerton is F. Wendell Miller Professor of philosophy at the University of Iowa.