Clouds of White Sail: Fishermen, Racing, and the End of an Era (Paperback) 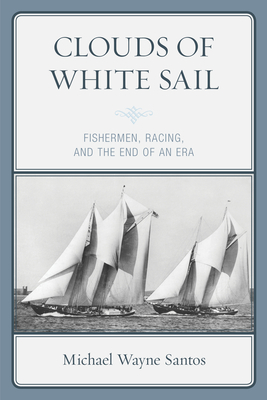 Clouds of White Sail: Fishermen, Racing, and the End of an Era (Paperback)


Not On Our Shelves—Ships in 1-5 Days
Fishermen from New England and the Canadian Maritime Provinces once made a reputation by driving their schooners under a full press of sail in a howling gale on their run into market, fueling the popular imagination with romantic images of Captains Courageous. But by the early twentieth century, they seemed destined to go the way of workers ashore, who had been displaced by new technologies. Then fate intervened in the form of the International Fishermen's Races. Clouds of White Sail tells the story of how schoonermen were able to reignite the public's love affair with the beauty of their ships and the romance of the sea and hold onto their way of life in a way that few other workers were able. Michael Wayne Santos's narrative takes a page from the fo'c'sle traditions from which he draws; like the men whose saga he immortalizes, he not only loves a good story but also knows how to tell one.
Michael Wayne Santos is professor of history at the University of Lynchburg.