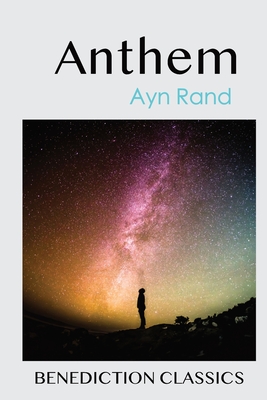 Anthem is a thought provoking and a fun read where the reader is transported to another world and invited to think for themselves about questions of self and personhood.

Written by Russian American author Ayn Rand and first published in 1937, Anthem is set in an imagined future world. This future is in the middle of a new Dark Age, in which the concept of individuality has been eradicated. Children are raised away from their parents and so the inhabitants of this strange world, live and think only to serve the ideals of their society. Seeing themselves solely as a collective; citizens of this world only know words such as "we," "our" and "they."

The novella follows the protagonist--a twenty-one-year-old man only known to us as Equality 702521. One day he meets Liberty 5-3000 a young seventeen-year-old women and finds that he thinks of her constantly, something which breaches the rules of this world. How will Equality and his love interest fare in this strange world?

Drawing on Rand's own experiences of Soviet Russia, Anthem is a political work, as a well as a light-hearted read. In 2014, Anthem was nominated for a Retrospective Hugo Award for "Best Novella".

Ayn Rand was a writer and philosopher. Born and educated in Russia she then moved to the United States in 1926. A strong Libertarian, Rand is known for developing a philosophical system she named 'Objectivism.' Rand argues that reason is the only way of coming to knowledge. Both her philosophical background and her experience of Soviet Russian can be found in her work. Rand's work continues to shape contemporary right-wing political debate and the modern American libertarian movement.