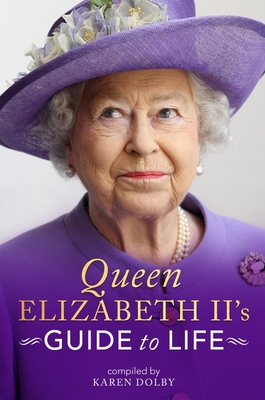 
Not On Our Shelves—Ships in 1-5 Days
Queen Elizabeth II, Britain’s longest-serving monarch, Supreme Governor of the Church of England and the Head of the Commonwealth, has reigned for a record-breaking 76 years. What are the secrets of her success? How does she still approach her day-to-day with such vitality and aplomb, even when culture and society are changing rapidly all around her? The Queen on fame: When an MP commented that it must be a strain meeting so many strangers all the time, the Queen smiled, "It is not as difficult as it might seem. You see, I don’t have to introduce myself. They all seem to know who I am." The Queen on fashion: In the late sixties when Mary Quant and the mini skirt came to epitomize all that was fashionable, Princess Anne suggested her mother might also consider shortening her hemline. The Queen was adamant, "I am not a film star." The Queen on family: "Marriage gains from the web of family relationships between parents and children, grandparents and grandchildren, cousins, aunts and uncles." This book unpicks the key elements that make the Queen so beloved and presents a guide to how you too could put into practice some of Her Majesty’s traits to help overcome adversity, find inner strength and present yourself as wonderfully considered and calm, even when all about you seems in chaos.
Karen Dolby is the author of The Wicked Wit of Queen Elizabeth II, The Wicked Wit of Prince Philip, and The Wicked Wit of Princess Margaret.