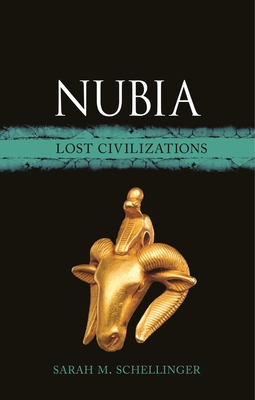 
On Our Shelves Now at:
Drawing on the latest archaeological and textual discoveries, a revealing look at the rich and dynamic civilization of Nubia.

Nubia, the often-overlooked southern neighbor of Egypt, has been home to groups of vibrant and adaptive peoples for millennia. This book explores the Nubians’ religious, social, economic, and cultural histories, from their nomadic origins during the Stone Ages to their rise to power during the Napatan and Meroitic periods, and it concludes with the recent struggles for diplomacy in North Sudan. Situated among the ancient superpowers of Egypt, Aksum, and the Greco-Roman world, Nubia’s connections with these cultures shaped the region’s history through colonialism and cultural entanglement. Sarah M. Schellinger presents the Nubians through their archaeological and textual remains, reminding readers that they were a rich and dynamic civilization in their own right.
Sarah M. Schellinger is a lecturer in the history of art at Ohio State University, specializing in the art and archaeology of ancient Egypt and Nubia.
"Nubia is the complex subject of art historian Sarah Schellinger's wide-ranging addition to the series Lost Civilizations. She brings Nubia 'out of the shadow of Egypt' and reveals it as an ancient world power, entangled with Egyptian culture as 'frenemies' for three millennia."
— Nature

"As with many 'lost civilizations,' Nubia was never truly lost. Schellinger traces Nubia from prehistory to present-day Sudan and then the diaspora of its peoples in the wake of current conflicts."
— Lection