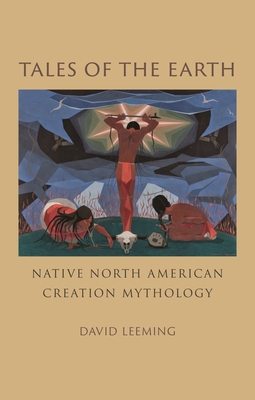 
In Stock—Click for Locations
A revealing analysis of key themes in Native American origin myths—and their stark contrast with the exceptionalist values of the United States.

Tales of the Earth is a comprehensive yet concise overview of Native American mythologies. After outlining theories of the origins of Native North Americans, David Leeming considers the creation myths of many tribes, emphasizing four commonly occurring figures: the Great Spirit, the trickster, the goddess, and the hero. Leeming suggests that in addition to these figures, Native American mythologies have in common a deep reverence for the earth and for community responsibility as opposed to individualism—tenets that stand in stark contrast to the concepts of exceptionalism and Manifest Destiny that characterize the United States, a nation that was built on ancient tribal land.
David Leeming is professor emeritus of English and comparative literature at the University of Connecticut in Storrs. He is coauthor of Gods, Heroes, and Kings: The Battle for Mythic Britain and the author of numerous books on mythology, including The Oxford Companion to World Mythology. He lives in Stonington, Connecticut.
"In Tales of the Earth, Leeming discusses how key characters common to the creation narratives of Indigenous North Americans, created the living, sacred landscapes to which Native Americans remain tied today. Importantly, he highlights how these narratives and the relationships to land they make possible often differ from Nonnative understandings of creation and the human place within it. Leeming does all this in an engaging, accessible style."
— Ken Lokensgard, Assistant Director of the Center for Native American Research and Collaboration, Washington State University

"Designed as an introductory folklore text for a popular audience, this book identifies four character types in creation narratives: the male Great Spirit, the trickster, the goddess, and the hero. Using decontextualized motifs, Leeming tries to argue that these characters can be associated with environmental stewardship and communalism as opposed to American individualism... Recommended."
— Choice