The Devil and His Advocates (Hardcover) 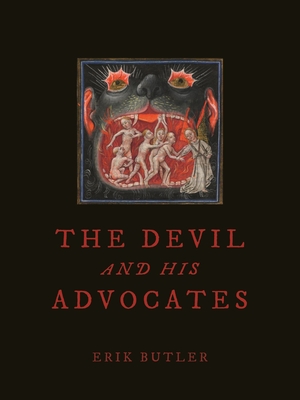 The Devil and His Advocates (Hardcover)

"Butler's book is a scholarly tour-de-force citing the widest range of thinkers. From St Augustine to Nietzsche, Freud, and Foucault. And from the world of literature and the arts come Byron, Shelley, Mann, Blake , and Mozart; even Hannibal Lecter gets a mention. Notwithstanding the heavy duty material, the book remains a hellish good read."
— Fortean Times

"Butler is effective in showing the historical development of the idea of the devil and its expression in different fields."
— Choice

"In this remarkable and thought-provoking book, Butler demonstrates that far from being the goat-horned, cloven-hoofed, and barbed-tail demon of popular culture, the Devil has in fact been constantly on the move in Christian thinking. . . . Like Virgil leading Dante, Butler steers the reader through the labyrinthine intricacies of early Christian philosophy, the writings of Luther and Milton, and the profane excesses of the French Decadence. . . . Brimful with erudite and recherché learning, and written with a compelling combination of scintillating intelligence and apocalyptic verve, The Devil and His Advocates presents a grand sweep of Western intellectual history that amounts to an alternative history of evil in the Christian world. In Butler, the Devil has found his most eloquent, sophisticated, and measured advocate to date."
— Nick Groom, Professor of Literature in English, University of Macau

“In this devilishly clever and fiendishly erudite tour de force, Butler tracks the peregrinations of Satan and figurations of the Satanic across millennia and genres. . . . Butler masterfully weaves history, theology, folklore, music, philosophy, literary criticism, and more into a dazzling account of the Devil's many functions in Western thought and culture. The result is the perfect genealogical demonology for our present moment—an achievement that is at once accessible, provocative, and profound.”
— Patrick Blanchfield, author of "Gunpower: The Structure of American Violence"