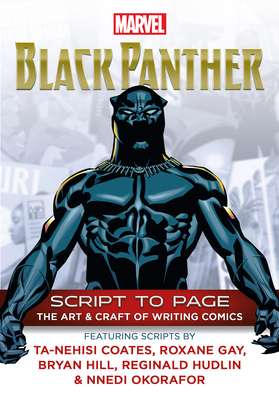 
Coming Soon—Pre-Order Now
Discover the craft of writing comics the Marvel way, with scripts and commentary from top writers and editors.

The Marvel Script To Page series is an official behind-the-scenes look at the craft of writing comic books, featuring exclusive scripts and commentary from top Marvel creators and editors.

Explore the world of Wakanda and its mighty champion and protector, the Black Panther. Meet T’challa, Shuri, the Dora Milaje and many, many more iconic characters in selected scripts from a range of contemporary comics creators, with exclusive editorial commentary.

Marvel Entertainment, LLC, a wholly-owned subsidiary of The Walt Disney Company, is one of the world's most prominent character-based entertainment companies, built on a proven library of more than 8,000 characters featured in a variety of media for over eighty years. Marvel utilizes its character franchises in entertainment, licensing, publishing, games, and digital media.